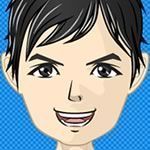 By GTServices,
January 9 in Feedback and Ideas