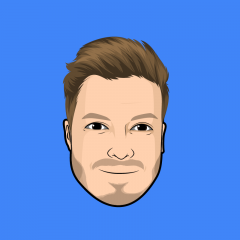 Invision Community has come a long way over the past five years.

We've added many new features and invigorated the front-end user experience to keep it current and in-line with modern interfaces.

One area that has remained largely the same is the Admin Control Panel.

When we released Invision Community 4.0 back in 2014, the Admin Control Panel was updated but has stayed relatively dormant since.

But that's all about to change with the upcoming release of Invision Community 4.5!

The Admin Control Panel in 4.5 has received a substantial update, resulting in a modern color scheme and a clean, minimalistic design.

We felt that a lighter, more open design allowed the content more space and to feel less crowded.

The dark grays have been replaced with shades of blue and aqua which closely reflects Invision Community's new branding, while other colors have been lightened and saturated.

Along with the new color scheme, the overall layout of the ACP has intentionally been kept similar to the existing version, resulting in a design that feels surprisingly familiar yet refreshingly new at the same time.

We hope you've enjoyed this small sneak peek into Invision Community 4.5 and we look forward to introducing you to some more new features in the upcoming weeks!