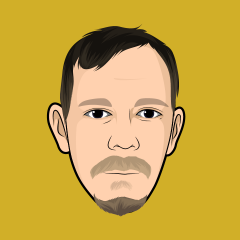 Back in June, we announced several updates to our proprietary Spam Service, which includes influences from existing spam mitigation services (Project Honeypot and Stop Forum Spam). Today, we are announcing the release of more options to help you fine-tune the spam service for your site. These features are being released as a part of our new Enterprise Spam Service package, which is available now.

The first feature added, as a part of this new package, is “Weighting.” With this feature, you will be able to adjust how influential the Spam Service is against registrations to your site.

As you can see, the slider here presents several options to help fine-tune the service for your site. The options presented are fairly straightforward. If you find your site to be a heavy target of spam, you can adjust the slider to Strict or Very Strict as a means of telling the spam service that registrations to your site should be evaluated more vigorously than normal, and treat all registrations with higher caution than normal.

And finally, the middle option (Normal) will simply tell the spam service to act as it does now, with no preferential influence one way or another.

Another feature added as the ability to define your own custom White and Black Lists for your site, providing even more granular control in addition to weighting.

First, you can define your own custom Whitelist entries.

Using this interface, you will be able to add any Email Address or IP Address to your own custom whitelist. If a member registers, and is using any IP Address or Email Address defined here, then they will automatically be flagged as Not a Spammer, and no action taken against the account by the spam service. This is useful for Administrators, Moderators, and Developers who frequently test registrations on their own sites, allowing them to do so without turning the service off.

Further, you can also define a custom Blacklist.

If you find that the spam service may not be catching a newly released spammer fast enough, and need to prevent them from accessing the site immediately, then you may add their email address or IP Address to the Blacklist. Once added, any registrations from either of those will be flagged as a spammer and will be denied registration (depending on your community settings for Code Level 4).

As mentioned in the previous entry, this service also allows administrators to use the spam service in Load Balanced and Cloud environments with ease, using the same license key.

The Enterprise Spam Mitigation is now available for $100/6 months as an additional add-on to your license. Please feel free to contact Sales for any additional information regarding this new service.
Share
Followers 0