Recovering some functionality from previous versions 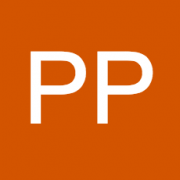 By PPlanet,
April 16 in Feature Suggestions