Please restore the choice of reactions here at IPS!

The +1 button was a great idea but please return or improve the number of reactions here at the IPS Community forum. It's feels to me IMHO almost like we're being stifled by some dark, manipulative br 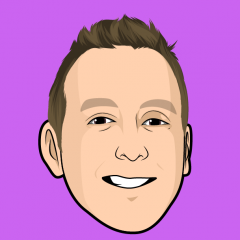 So happy there was a reaction for that

Sorry, posting videos is forbidden in the no-fun zone. We can't be for everyone, and we accept that. We try and keep things light and fun because life can be pretty awful, and given there's a ragin