Creating an OAuth2 plugin for a third party application 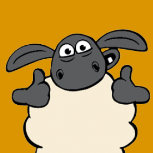 By CoffeeCake,
August 27, 2020 in Developer Connection