By goldmorphin,
February 20, 2018 in Feature Suggestions

There was a few issues: We frequently received complaints that communities were getting banned Their API would often take a long time (several minutes) to respond to requests which was kn

I'm really sorry a few of you have been inconvenienced by the decision to remove Sparkpost integration and SMTP isn't working for you. I hope I can better explain the decision.  From our experien 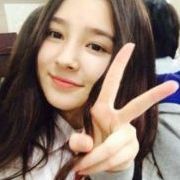 I've had the opposite experience so this is surprising to me. We chose SendGrid first and we were immediately blocked before even using the service.  We've never used email correspondence outside