I decided to separate reactions from the apps settings: Before it was supporting reactions only in Forums, Downloads and Gallery. From now on, you will be able to choose the apps and th 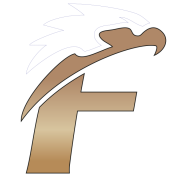