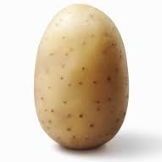 About This File Plugin which allows administrators to control the display of topic replies to guest viewers, showing a custom editable message to guests. Guests must register &

The plugin is now called '(NE) Hide post content from guests', and version 2.0 is now available with quite a few additional features - check it out: Many thanks to @AlexWebsites for assistance o

Hello all - it's been quite a while since I have been on here but I am finding my way back in to the wild now. I've had some issues with my eyes which has severely impacted my ability to do pretty muc