By Futtura,
August 12, 2016 in Feature Suggestions

Any AMP'd page would likely be a stripped down version of what you currently see. So it would remove the extra CSS and probably disable 99% of plugins and mods. Having AMP'd pages, and forum threads w

Maybe you can add support to AMP only for GUESTS.  This pages don't have forms 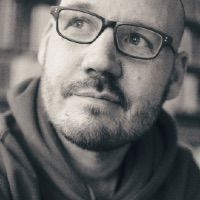 No need for a big debate in my opinion. IPS can just put it on the list of things to reconsider for another major release in the future. It is just nothing that needs to be included “as soon as possib