You'll be happy to know that we're introducing a delayed deletes system in 4.2. More information will be forthcoming soon. 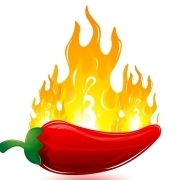 They oversimplified. They tried to make it bare bones not realizing people use hide and delete differently. If only that recycle bin for delete (soft delete) was brought back, all would be good.

In IPS3 ,  there was an option to track and recover deleted posts, In IPS4 items that are deleted are deleted instantly, recovery  is no longer a feature   Why is that ? we need that option