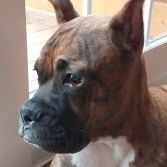 By DesignzShop,
December 27, 2014 in Feature Suggestions

After discussion with a developer, it happens that this was already implemented and tied to that permission anyway.

I would encourage you to see the end result based on the feedback here before getting further up in arms. At a minimum, it will be less intrusive and dismissable for a period of time.  Further, contra

No problem, Kirito. We're likely not going to remove either message entirely - but as I said, our compromise is the ability to dismiss it (on the front end) for a period of time.  I never denied the