I cannot believe that there is no thumbnail image processing... This topic shouldn't be up for discussion! What IPB are saying is if someone uploads 10x 2meg image files, the board can **display** the 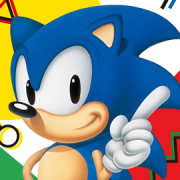 I agree with others regarding the automatic resizing and compression of images when they are uploaded. The main problem that I have (and I believe many others will also) is that the users on my forum

Abysmal! The admin sets the maximum size an image can be. The user can then, if they so choose, change the size of that image in the editor. Example of the same image... Max allowed size set by admi