Request for a new subforum 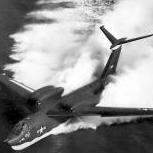 By TracyIsland,
February 10, 2014 in Feature Suggestions