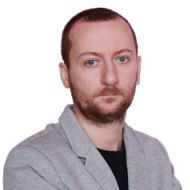 It is very hard to really see and understand how this is layed out when you cannot understand the language. I am highly interested, however we do not plan on spending the money and investing into such

Hello, I have purchases from Russia and yes, Google maps support Russia, and yes you can translate this mod

Regarding which Google Maps API to use, I don't know... when I got my Google Maps API some years ago, there was only one API. So apparently something has changed. But here is some info on changing th