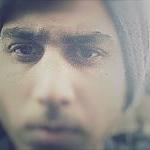 Or perhaps I should delete it from the Marketplace entirely, rather than continuing to do what I'm already doing for free, if that's not good enough for the community. I get really tired of doing wha