By SmokeyDevil,
December 2, 2009 in Feedback and Ideas 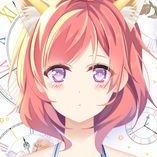 This chat bites. After uploading the files to the directories required, there is no option to install this in the ACP. There are no settings in ACP. And nowhere to enter in the chat key. This was just

Actually, you're incorrect. IP.Shoutbox is an official IPS release and it's released by IPS Resources. Check out the information at IPS Resources. I'm just not bothering with either of these releases